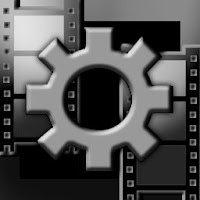 /ME/NT4/2000/XP), licensed under the GNU General Public License (GPL). It lacks the editing power of a general-purpose editor such as Adobe Premiere, but is streamlined for fast linear operations over video. It has batch-processing capabilities for processing large numbers of files and can be extended with third-party video filters. VirtualDub is mainly geared toward processing AVI files, although it can read (not write) MPEG-1 and also handle sets of BMP images.

VirtualDub helps you get video into your computer.

VirtualDub lets you clean up video on your computer.

There are lots of programs that let you "edit" video. And yet, they're frustratingly complex for some of the simplest tasks. VirtualDub isn't an editor application; it's a pre- and post-processor that works as a valuable companion to one:
• Reads and writes AVI2 (OpenDML) and multi-segment AVI clips.
• Integrated MPEG-1 and Motion-JPEG decoders.
• Remove and replace audio tracks without touching the video.
• Extensive video filter set, including blur, sharpen, emboss, smooth, 3x3 convolution, flip, resize rotate, brightness/contrast, levels, deinterlace, and threshold.
• Bilinear and bicubic resampling — no blocky resizes or rotates here.
• Decompress and recompress both audio and video.
• Remove segments of a video clip and save the rest, without recompressing.
• Adjust frame rate, decimate frames, and 3:2 pulldown removal.
• Preview the results, with live audio.

You can take a captured clip, trim the ends, clean up some of the noise, convert it to the proper frame size, and write out a better one. Don't see a video filter you want? Write your own, with the filter SDK.

The author of VirtualDub is very impatient. That means his program is designed for speed, both in the interface and in the processing pipeline. Converting a compressed, 320x240 MPEG-1 file to an uncompressed, 24-bit AVI requires only these two steps in VirtualDub:
• Open video file (Ctrl-O).
• Save AVI (F7).

I haven't had as much time as I'd like to work on VirtualDub, which is unfortunately why it's been three months since the last release. Time to rectify that.

1.8.7 is a bugfix only release, with the one major fix being to the distributed job system. It turns out that the distributed job code wasn't that stable and would often attempt to run the same job on multiple machines, due to essentially a race condition in the filesystem. The new version now has logic to detect job start conflicts and retry with exponential delay, which should be more reliable. I also rewrote the conflict resolution logic, which is now more similar to the two-way and three-way merges that a revision control system has to deal with.

1.9.0 is of course the new experimental build and contains a number of new features and changes. I spent some time closing the gap in functionality between the x86 and AMD64 builds, so although the AMD64 build may still not be as well optimized, several features that were previously absent in the AMD64 build are now implemented. I've also thrown in a built-in AMD64-capable Huffyuv decoder that handles some of the popular post-2.1.1 extensions. Second, the internal display and blitter libraries got overhauled quite a bit. The uberblit system that backs the resampler in the 1.8.x series has been cleaned up and expanded, and now handles many of the complex blit scenarios that were previously handled by custom code or multi-stage blits. As a result, VirtualDub 1.9.0 can now handle several new image formats, including the 10-bit per channel v210 format and the interleaved NV12 format. The display library has also been upgraded to handle the new formats, and in particular the Direct3D module can now accelerate display of 10 bit/channel v210 video with dithering. The new formats are not yet exposed to video filters — mainly because the thought of trying to work directly in v210 scares me — although I'm not ruling out the possibility of a 14-bit fixed point linear color format in the future.

Changelists are after the jump.